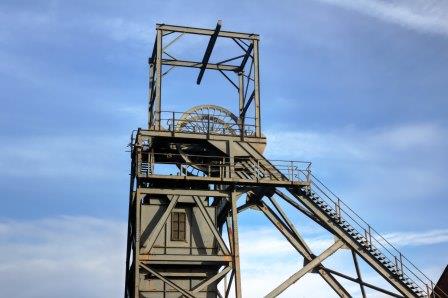 The term ‘Listed Building’ is usually associated with very old historical buildings residing in the splendour of the English countryside or in an established town or city. However, Listed Building Status is not just reserved for old buildings. Here we have put together 5 unusual listed buildings found in England.

The Rom skate park in Hornchurch, East London was the first of its kind to be listed in Europe. Built in 1978 by Adrian Rolt and G-Force, the design was based on skate parks in the United States. The Rom skate park was awarded Grade II listed status in 2014.

The Lido was built in 1937-38 by architect Richard Jones and was rated as the most innovative design of its type in Britain. The pool which could accommodate 500 bathers and along with its tea terrace, sun deck, café perched on the flat roof and distinctive wings at either end quickly symbolised this building as important.

The Lido was first granted listed building protection in 1987 and after it was revealed the leaseholder wanted to build flats on the site, a save the lido group was formed to campaign for the preservation of the site and in 2011 was upgraded to Grade II* for its architectural importance.

Preston bus station was built between 1968 and 1969 and is claimed to be one of the second largest bus stations in Western Europe. In 2000 a redevelopment scheme by the City Council suggested the demolition of the bus station. After two unsuccessful attempts it was later granted Grade II listed building status in September 2013.

The Ketley Crag rock art which is found across various locations in the North East is older than Egypt’s pyramids. These markings were created in the Neolithic and early Bronze Age, between 3800 BC and 1500 BC. The Ketley Crag rock was granted protected status in April 2014 and these designs have kept archaeologists guessing for centuries about what their true meaning may be.

Barnsley Main Colliery was granted the status of a Grade II listed site in 2013 based on its historic significance. The South Yorkshire mine was the scene of a terrible mining disaster in 1866 that left more than 360 people dead.

Author and mining historian, Brian Elliot spoke of his delight at the listing of the site: “After the miners’ strike many sites were completely obliterated from the landscape. To have one part survive is important for future generations and marvellous news.”

How do I find out if my building is Listed?